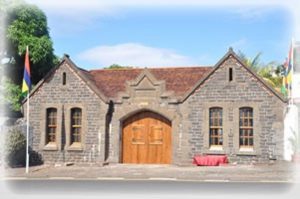 The Vagrant Depot of Grand River North West is located on the Pointe aux Sables Road. As suggested by the name, the site was used to imprison vagrants. According to 19th century legislation, a vagrant was someone who did not possess a ‘valid pass’ (or ticket) as well as someone who did not have a permanent place of residence or did not work under a labour contract. At the same time, a vagrant was also considered to be a deserter or a labourer who had escaped from his master’s employment, usually on a sugar estate.

Between 1864 and 1886, tens of thousands of Indian and non-Indian vagrants were imprisoned at the Grand River Depot, which was closed in 1886. Between the 1810s and 1840s, the majority of the Indian convicts, especially those who resided at the Grand River Convict Barracks, laboured on the public works such as in constructing and repairing the roads, bridges, canals, and public buildings in Port Louis and those in its suburbs. The compound originally included a dormitory or two large associated wards for the prisoners, quarters for the prison staff, six new prison cells, a boundary wall, and a small hospital, with a surgery. Today, however, only a small percentage of the original compound remains intact, namely the impressive boundary wall and the entrance gateway.  Read More 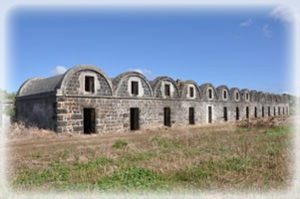 The sugar estate of Trianon was in operation for 200 years. It was established in 1803 by Martin Moncamp and harvested its last crop in 2003. Although similar situations such as closure of estates, are occurring elsewhere in Mauritius, Trianon is unique in that it is one of the few areas where several 19th century structures related to the sugar industry and indentured immigration still remain. 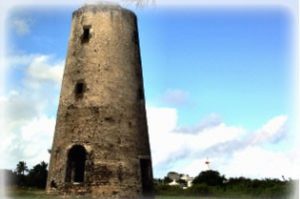 An important characteristic of Forbach is that it was one of the few plantations in the British Mauritius to have a windmill which was used for the processing of sugar cane. However, this windmill finally closed down in 1852.

As at 1872, archival records show that the Forbach Sugar Estate employed some 405 indentured labourers, many of whom had re-engaged themselves. During 1875, as past of the centralisation process of the Mauritian sugar industry, Forbach was taken over by Labourdonnais Sugar Estate, which covered an area of 1390 arpents.

Between the 1840s and early 20th century, indentured Labourers formed the backbone of Forbach’s workforce. The archival records indicate that the workers were well treated and were provided with adequate food, clothing and medical treatment. As at today, various structures such as the camp with the barracks for the Indian labourers, the windmill tower, and the chimney and water tank still exist.  Read More 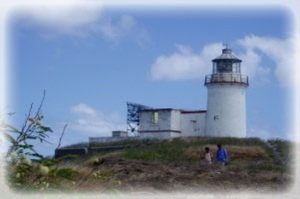 Nicholas Pike, the American Consul in Mauritius, who visited the island in 1870, gives us the following account: 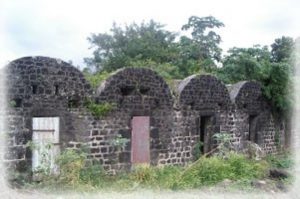 Union Vale, which was initially known as “Mare du Tabac” now forms part of the Mon Trésor Mon Desert Sugar Estate. The estate was small and hence the owner did not find it necessary to have recourse to large numbers of indentured labourers. And yet the remains of the estate lend to the character of this small village today. Some of the more visible remains include the chimney, ruins of the sugar factory, barracks, garages and a canal.  Read More